Góngora vs Gonzalez: When you compare the vision for Miami Beach, community contributions, education, professional and personal experience, one person stands out.  Please see the comparison to make an informed decision… 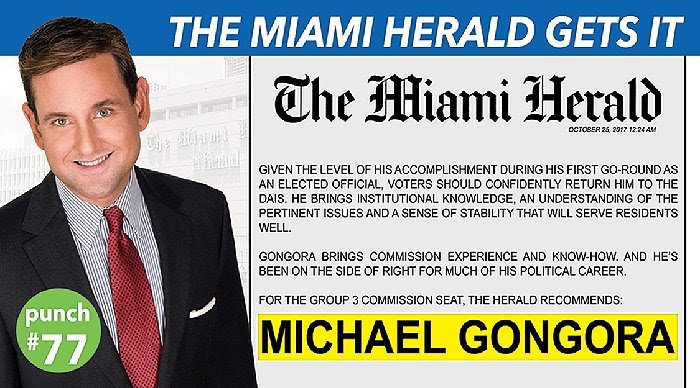 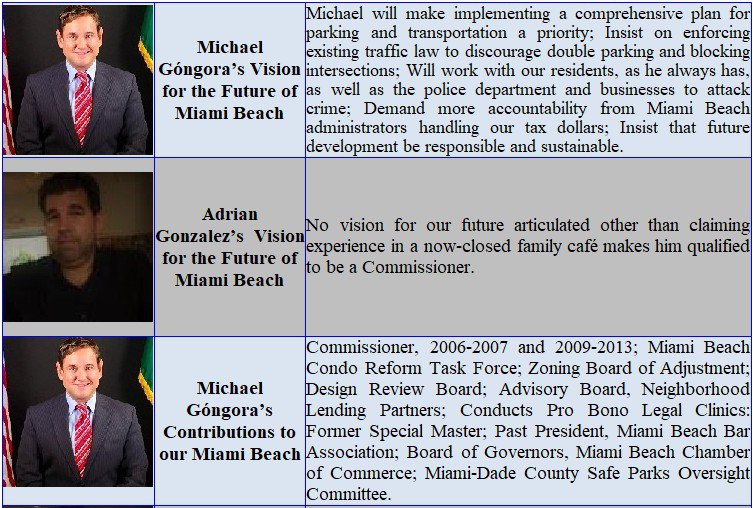 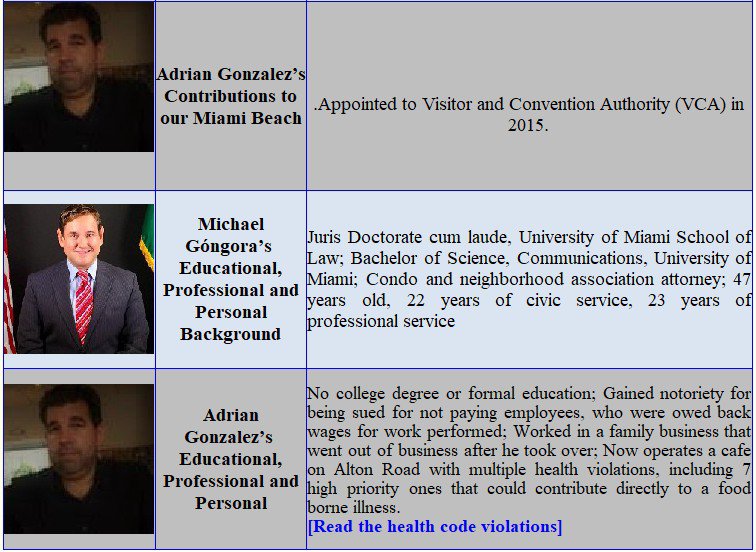 Adrian Gonzalez refused to pay his low-income employees their salaries for work performed even after being ordered by the judge to pay triple damages.  Adrian claimed not to have the money to pay; however, shortly thereafter he received significant monies from the sale of the building which once housed the original David’s Cafe.  Instead of finally paying the employees he instead enriched his own lifestyle with the purchase of a $1,075,000 mansion.  The 19 unpaid employees demonstrated outside the original David’s Cafe.  Click here to view the demonstration – Adrian’s home purchased with the monies he owed his employees Details of the purchase. 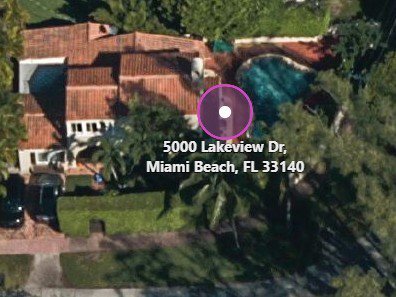