WILL THE FLORIDA  RESTAURANT & LODGING ASSOCIATION GO TO HELL?

Ocean Drive with its strip of Art Deco hotels replete with bars and restaurants open until 5 am has become a noisy, crime-ridden nightmare for decent residents of South Beach and a disgrace to the entire city.

Residents seldom venture to Ocean Drive after dark or even during daylight hours, and for good reason. Law-abiding tourists who have gotten the news stay away as well. Travel agents warn tourists about South Miami Beach.

Ocean Drive and the immediate vicinity is a Wild West Back East. The worst Miami elements love it.

“Get your gun. We’re gonna to have fun tonight. We’re going to South Beach!”

The main attraction is the virtually lawless party sponsored by the hotels and restaurants. Food, music, and booze abound. The debauchery is unprecedented. The scene degenerates into virtual chaos after midnight, after decent people have gone to bed.

A girl jumps up on a cab and wags her bare ass. Revelers hip hop gleefully around her. A juvenile gangsta sprays the corner with bullets for the hell of it. Another is shot dead over a parking space. A girl is raped in the alley where a knife fight occurred after hours the night before. That is par for the perverse course.

A girl with a great future ahead of her heard South Beach was lots of fun so she came on down. Nobody yet knows what came over her when she was stopped by the police. She ran one over and was shot dead on her birthday.

Career predators from all over the nation, many of them with over fifty arrests, are there to relieve naïve visitors of their property, and their lives if they resist. Do not take a moonlight stroll on the beach if you value yourself and your partner.

Vagrants occupy the park across the street. They occasionally expose themselves to urinate at people in the cafes although there is a public restroom.

Drugs are readily available. The degenerates are not afraid to get busted because they know they will be bonded out on the same day. If they say they are homeless, everyone will feel sorry for them.

So where are the cops?

Oh, they are around, and they bust the repeat offenders time and time again to little or no avail. Police officers used to be part of the culture as off-duty security guards, drinking, maybe showing off their badges, and, when on duty, giving tourists a ride on an ATV, that is, until someone was run over, but they still got things done. The new chief put a stop to that.

Cops anonymously said orders came down from the new mayor via his city manager to stand down where vagrants were concerned, and the saying went around that “parks are their home.”

Ocean Drive and the parks nearby went downhill fast although only 30% of the crimes are committed by so-called homeless people—some professional predators have homes on the mainland. The disorderly sight was enough to attract more serious offenders.

“How could the mayor,” it was asked, “pull cops off Ocean Drive and put tourists at risk when he made his hundreds of millions in the tour business?”

“He’s a developer now,” it was answered, “and he and the commissioners he bought to give him a strong hand let Ocean Drive and nearby Washington Avenue go to hell in order to redevelop it.”

Well, that is one conspiracy theory. Who knows what is really going on behind the scenes? Narcissists need “supplies” i.e. flattery and praise, for sure. The public outcry was responded to with more cops, but not enough to curb the chaos. The mayor got on his high horse. The commission managed to limit sales of booze to 2 am in sidewalk cafes throughout the city.

That did not curb the outrageous bacchanalia on Ocean Drive, so a bill was proposed to limit sales inside and outside on Ocean Drive to 2 am.

Political prostitution, however, would not allow things to go so far as to bite the hand of the restaurants and hotels.

Things got worse. Reluctantly, the 2 am the decision was referred to the electorate for an upcoming referendum.

The new candidates are largely against direct democracy because they know where big money comes from.

This is a zoning issue, one said, to be decided by the commission, not by voters.

Another vacillated and said he was not for or against it, but it should be carefully researched before a decision is made; that means there would not be a decision anytime soon.

Another said that he had it on the advice of an attorney that if the referendum limits sales to 2 am, it would be overturned in the courts.

The electoral system is inherently corrupt. A small percentage of the population has stolen the American Way, amassing more and more wealth in the process of legalizing their inordinate greed.

Everybody knows who most of the politicians work for, first of all, and that is not the majority, for the majority comes second. You see, the majority is irrational, and experts must ration out the privileges and power. So, to hell with democracy, especially if it puts morals and security before money.

Vigilantes are spawned by dysfunctional governments. Residents plagued by Ocean Drive lawlessness organized a group to keep an eye on the predators and repeat offenders and to go to bond court to plead with judges not to turn them right back onto the streets.  They have monitored the process and exposed the scams, including but not limited to the lie that there are not enough jail cells to hold the culprits.

The main fault of the vigilante organization is their mission as stated does not allow them to criticize the political leaders. Politics, after all, is the distribution of the power that is religiously worshiped. When that power is abused, when politicians are incompetent or negligent or ideologically remiss, they need to be criticized and removed.

Another fault is the habitual worship of civil rights rulings that provide for uncivil conduct. Those rulings must be persistently challenged by the community and overturned because we do not work for the courts, the courts work for us.

And the same might be said of the tourist industry hosted by the community. We do not work for the tourist industry; it should work for us or take a hike. As a matter of fact, if public drunkenness is a problem, if the disinhibiting effects of alcohol lead to unwanted behavior, then liquor sales should cease at midnight citywide.

Who needs unaffordable housing, unbearable traffic, and the runaway crime that is said to be the “price of freedom,” when that is freedom for a few wealthy people and virtual slavery to the rest?

As for me, I liked the way we were when I had a cheap room at the Colony on Ocean Drive in 1970, and I was not jealous of people who were better off than me even though I had to give blood a couple of times to get a bite to eat when I was not working for the auctioneer or scraping banana peels off decks. I was free most of the time, and they were slaves to their property.

The special interests have made whores of our politicians, and everybody knows it The money-grubbing, irresponsible special interest in play here is the hotel and restaurant association. Most employees, by the way, cannot afford to live well on the beach, but never mind that for now. Incidentally, some of the paperless workers from Central and South America have committed grievous crimes after work.

The Florida Restaurant & Lodging Association has paid for a “professional” study (Read Study Here) that says the industry will lose tons of money if the hours are rolled back to 2 am on Ocean Drive, and therefore the city will likewise lose its shirt in taxes.

An activist has said that is a lot of bunk; the report is spurious and spacious, or, in common parlance, it is a fake 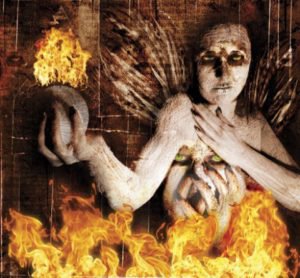 report. The local mainstream paper is looking into the matter. We are suspicious of the paper because money buys the news, so it might release fake news about the fake report.

Instead of paying for reports to deceive the gullible part of the electorate, the ones that never go to Ocean Drive after dark, into believing that the city might go broke unless the degeneracy continues on Ocean Drive, why not do something to stop the madness?
More cops, park rangers, vigilantes…what the hell?

Instead of taking us from Guatemala to Guatepeor, why doesn’t the hotel and restaurant association help curb the crime, fund the vigilantes, who have to pay hundreds of dollars out of pocket just to get a few statistics that should be online free, and have to devote countless hours sitting around in bond court?

Why doesn’t the restaurant and hotel association establish a private security force in cooperation with the city, like the Kemper dynasts did in Kansas City?

Why doesn’t the restaurant and hotel association lobby for legislation and judicial activism to protect the community, and contribute only to politicians who do the same?

Why doesn’t the restaurant and hotel association just go to hell if its main concern is money in the pocket no matter what?