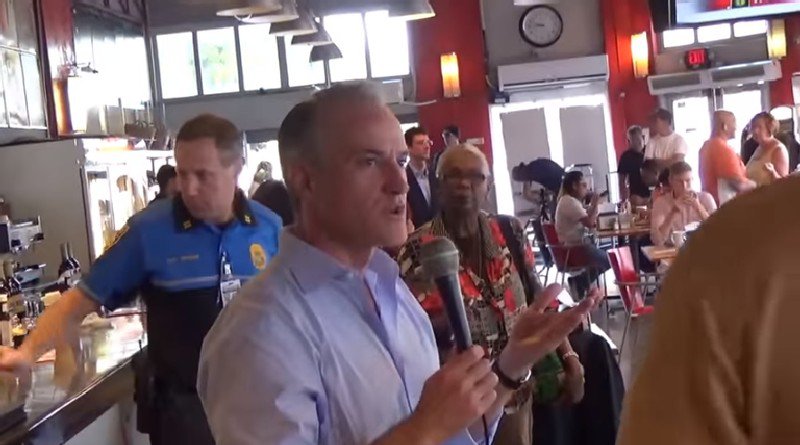 At the July 20th Commission meeting, Mayor Levine asked Commissioner Arriola to meet with Ocean Drive businesses and other stakeholders to negotiate a comprehensive proposal for changes to Ocean Drive that would reinvigorate and improve numerous aspects of this critically important and iconic street. Over the past several weeks, Commissioner Arriola has had many discussions with residents, neighborhood groups, business owners, the Police Chief, City Manager, City Attorney and other City Staff, Therefore, this work product is the result of careful deliberation with and collaboration among key stakeholders. The proposal contained in this document (the “Proposal”) aims to balance the vision of City leaders with the interests of residents, private property owners, and businesses in order to create a more welcoming and safer environment for residents and tourists visiting Ocean Drive. Ultimately, all parties desire to re-create the charm and glamor of Ocean Drive.

Many of the issues addressed here have, over the last 12 months, been the subject of extensive analysis by the Mayor’s Ocean Drive Task Force. The Task Force received substantial public comment and testimony on these issues. This document incorporates many of those same Task Force recommendations, which previously were approved by the City Commission and referred to City Staff for implementation.

This Proposal takes aim at the major elements that must be addressed in a comprehensive plan-police/security; noise; safety; sanitation; aesthetics; code of conduct; allowable businesses and other related matters.

Commissioner Arriola also has had many meetings with Jonathan Plutzik, Chairman of the Ocean Drive Task Force. Further, the Commissioner met with Mike Palma, Executive Vice President of Brio Destinations, which owns The Clevelander Hotel; and Alexander Tachmes, Partner at Shutts & Bowen LLP and the Clevelander’s counsel. In July of this year, the Clevelander had submitted a proposal to the Mayor and City Commission proposing changes to Ocean Drive.

Several items in this Ocean Drive proposal contemplate the expenditure of funds. For example, the hiring of private security will have a cost. Because it is unlikely that the City Commission will agree to fund 100 of all the cost items in this proposal, the City needs to create a mechanism for contribution by property owners of a portion of the costs. In that regard, the City Commission will authorize the formation of a BID for Ocean Drive and direct the City Administration and City Attorney’s office to commence the formation process. Key goals of the BID will be to contribute to the costs of the following items: off- duty police or private security officers to be dedicated only to the area of 5th to 15th Streets on
Ocean Drive; the salary of a BID Executive Director who will oversee BID day-to-day operations and ensure compliance by businesses with the City Code; hiring additional sanitation personnel exclusively for Ocean Drive, and implementing coordinated marketing for Ocean Drive. Ocean Drive businesses will maintain the cleanliness of their cafe areas, the sidewalks adjacent to cafe areas and their valet stands and curb areas, during hours of operation.

Whether a BID is ultimately formed will be up to the Ocean Drive property owners. A BID requires a 51 affirmative vote of the property owners whose properties are located within the BID boundaries. Moreover, if a BID is formed, the members of the BID will be responsible for establishing an annual budget, which will be paid, at least in part, by property owners.

The process to form a BID is estimated to take at least 9 months. Therefore, to address the window of time between now and the date of BID formation, the Ocean Drive Association and its members have agreed to hire (at their sole cost) an Interim Street Manager who will be in charge of ensuring that businesses comply with new Code provisions and otherwise take all appropriate steps to enhance existing operations. The Interim Street Manager will
report to the Ocean Drive Association board and interface regularly with Miami Beach Police, Code Enforcement, and City leadership. If a BID is formed, this position can be converted to the BID Executive Director. However, it is important that a manager is appointed now to drive change and compliance on the street.

The Ocean Drive Task Force voted in favor of moving furniture to the west part of the sidewalk in order to provide a clear pedestrian pathway and remove the “gauntlet” or “tunnel” effect that currently exists on the street.

The Historic Preservation Board (“HPB”) recommended at its August meeting that furniture is moved to the west part of the sidewalk and certain trees be relocated to enhance the visibility of the beautiful, historic facades of the hotels on Ocean Drive. However, the HPB acknowledged that moving furniture to the west would not be feasible for certain properties due to the layout of the particular property and related factors. In those cases where it is not feasible, the HPB determined that furniture would not need to be moved to the west as long an alternate- plan for that area of the sidewalk is approved by the Planning Department and a clear 5 footpath for pedestrians is maintained.

ACTION ITEM: Sidewalk cafe permits are subject to renewal by October 1 of each year. According to City Code Section 82-385(b), the City Manager has the discretion to allow sidewalk cafes to deviate temporarily from sidewalk cafe Code provisions and regulations. Such temporary deviation will be allowed from the period of October 1 until the dates referenced below.

ACTION ITEM: Planning Department to come up with awning standards within 30 days of Commission resolution.

Currently, the Code provides that hotels may have accessory retail, limited to 75 sq. ft. per hotel unit and apartment buildings may have accessory retail limited to 25 of the floor area of the subterranean or ground floor. For example, if a hotel has 30
rooms, then the hotel can have retail space up to 2,250 square feet, which is quite large. An apartment building with a 10,000 square foot first floor could have retail up to 2,500 square feet. Again, the number is not small. Further, under the current
Code, businesses can apply for variances to exceed these maximum sizes.

Going forward, the Planning Department will propose further limitations on the size of retail on Ocean Drive. Variances to exceed the maximum size will be prohibited.

. Any retail store that has a business tax receipt as of the date of zoning in progress will be grandfathered (legally nonconforming) regarding the legislation encompassed in this Section 4(B).

All food and beverages and their prices must be listed in a conspicuous manner on the menu for the establishment. To the extent that the establishment is adding an automatic gratuity or service charge to the bill, the gratuity/service charge must be
noted in a conspicuous manner on the menu, the bill and the credit card charge slip. Moreover, if an automatic gratuity/service charge is being added, patrons also must be notified verbally by restaurant staff prior to or simultaneously with the provision
of the bill.

“Hawking” or aggressive solicitation by bar and restaurant personnel on Ocean Drive sidewalks is a serious problem and is frequently cited by tourists and locals alike as causing
. an unpleasant and unwelcoming atmosphere on Ocean Drive. “Hawking” brings bad publicity to Ocean Drive in the form of negative tourist reviews on travel websites and in other ways.

The City Code currently prohibits solicitation on Ocean Drive sidewalks. However, the solicitation problem has not been solved and is acute at this point. To address this issue, the penalties for solicitation will increase substantially.

For each offense, both the actual person doing the solicitation and the applicable business will be fined.

Street vendors and promoters detract from the visitor experience – they clog the sidewalks, harass tourists, deal drugs, litter the streets and block entrances to businesses. Accordingly, they should be banned from Ocean Drive.

There is a need to thoughtfully mitigate the volume of music projected on Ocean Drive sidewalks so that the pedestrian experience is enhanced.