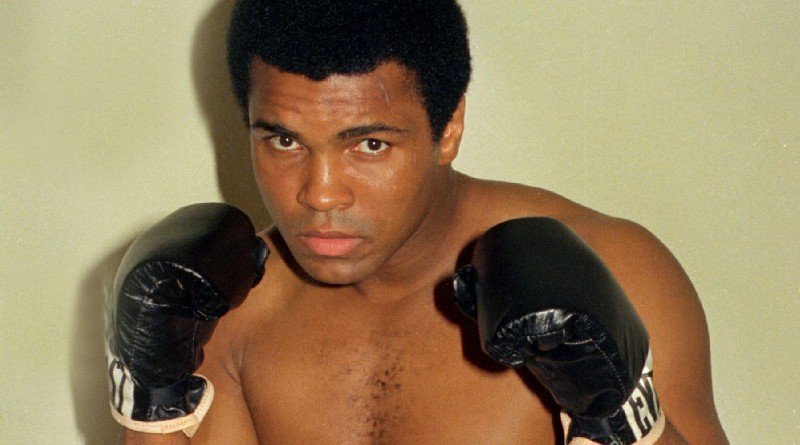 On the first anniversary of Muhammad Ali’s death, nearly half of Americans say awareness of Parkinson’s disease has increased over the last year – a testament to the enduring power of Ali’s long and inspirational fight against the disease, according to a new national survey by the Muhammad Ali Parkinson Center.

And while 90 percent said they most remember Ali for his boxing career, more than 60 percent recall the dignity and grace with which he battled Parkinson’s disease over the last three decades of his remarkable life.

Ali, then 42, was diagnosed in 1984 with Parkinson’s, a chronic and progressive movement disorder that has no known cause or cure. He died of complications on June 3, 2016 at age 74.

“When Muhammad died, I told people, ‘A hundred years from now, no one is going to remember any of us. They’re going to remember Muhammad Ali.’ This survey makes it clear that his memory has spurred greater awareness of Parkinson’s,” said Abraham Lieberman, MD, Ali’s neurologist and one of the founders of the Muhammad Ali Parkinson Center at Phoenix’s Barrow Neurological Institute. “While we miss the Champ every day, we can rest assured that he remains at the forefront of the fight against Parkinson’s.”

Ali’s boxing legacy still resonates with Americans over 35 years of age. But those under 35—people born after Ali’s last professional bout in 1981—more closely link his name to Parkinson’s disease, with 55 percent saying awareness of the disease has increased in the year since Ali’s death. Overall, 46 percent of the survey respondents said awareness had increased.

“Parkinson’s is not too common among the younger generation,” said Holly Shill, MD, director of the Muhammad Ali Parkinson Center. “This increased awareness is critical to helping the public understand Parkinson’s – and it speaks to the ways Muhammad’s courageous battle with the disease touched millions of people.”

The national online survey of 602 people took place between April 18-26, 2017. It targeted adults 26 and older, with respondents evenly divided among those under 35 years old, 35-54 and 55 and over. The margin of error was plus or minus 4 percent.

The survey measured the public’s perception of Ali as it related to Parkinson’s. Nearly two-thirds of consumers agree that “affection and admiration” for Ali increased after his Parkinson’s diagnosis.

Respondents were asked to select from a list of ways in which Ali provided inspiration to others. Courage in the face of adversity (49 percent) and refusing to let his illness define him (45 percent) topped the list.

Ali’s fight against Parkinson’s lives on at the Muhammad Ali Parkinson Center at Barrow Neurological Institute in Phoenix. In 2016, the Center had more than 13,000 patient visits with approximately 1,000 new Parkinson’s patients and 600 new patients who have other movement disorders.

“His spirit pervades everything that goes on here,” Dr. Shill said.