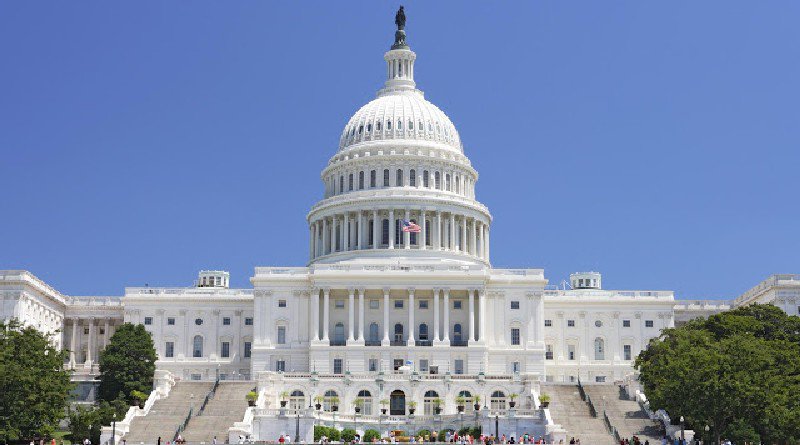 by: David Arthur Walters Healthcare, Article I, section 5 of the United States Constitution clearly, states that ‘‘each House may determine the Rules of its Proceedings.’’ The senators and representatives are therefore expected to conduct the people’s business in the best manner possible, that is, efficiently and effectively in the interest of everyone concerned, and not in the special interests of factions.

It is to that end that the public business should be conducted publicly by Congress in all respects.  Yet from the time of its constitution, we hear of backroom and cloakroom deals and closed committees where fundamental business is done in the dark by members who are evidently ashamed of their political factions. And we hear of working documents deliberately withheld for fear of criticism. They know that conspiring is inimical to the public interest and that their objectives would not be realized if their behavior were transparent instead of opaque.

It is no wonder that the members of Congress, who are supposed to be representing the people at large, have established no ironclad rule or have not passed an effective law prohibiting such conduct on pain of expulsion or imprisonment unless the conspiring is justified by national security.  They are the enemy of the people as constituted. That is not to say that the people are any better at heart, for people deserve the leaders they elect.

Healthcare is vital to the public interest. Now the Democratic faction has complained that the Republican faction in the Senate secretly contrived a plan to repeal and replace so-called Obamacare with so-called Trumpcare. The plans are so-called because the members care more about the relative power of their respective parties and their prejudices than about the health and welfare of the American people.

There are admittedly problems with the Affordable Health Care Act that could be fixed in one way or another, perhaps with a single-payer, national health insurance program enjoyed by civilized nations. Otherwise, the existing act could be tweaked. Most importantly, something could be done to convert mismanaged health care, conducted in the interest of providers and insurance companies, to managed health care, conducted in the interest of the human beings.

But no, Republicans, who are now in the majority, prefer to blame President Obama and his party for forcing a national health care act down their throats when they were a majority. Wherefore the House got a bill passed in public, but that bird will not fly in the Senate, so the Republican senators privately concocted their own plan, in secret, say the Democrats, along the lines of the purported theme of the Republicans ever since they eschewed Reconstruction in the South: rob the poor to pay the rich.

After the Republicans pulled the rabbit out of their top hat, Warren Buffet, the famous welfare capitalist, showed his tax return on Megyn Kelly’s new television program. He said the Republican bill would save him hundreds of thousands of dollars in one year, and he had friends who would save millions. He said he did not need the money. In fact, he claimed he likes to live in the same old house, that he could live nicely on a hundred grand a year, and that he loves to apply his fortune to humanitarian causes rather than floating around in a multimillion-dollar super-yacht and so on.

Well, Republicans deny they are the greedy, racist party, and they make some good points about the faults in the bill they resent so much that they tried to get it repealed about fifty times. Whatever they do, let them do it publicly, and let not the pot call the kettle black because we all hail from the African continent regardless of our current birth certificates.

We recall that Republicans made the same complaint, about secret healthcare conventicles held after Barrack Obama was inaugurated in 2009.

For example, Dr. Michael C. Burgess, representing Texas, spoke at some length, on January 12 and March 10, 2010, on the lack of transparency, which he thought could be solved with a Minority Resolution of Inquiry, a tool that members have to ask for information they believe is being withheld from them needed to make an informed legislative resolution. He knew that his recommendation was futile, but he wanted to get his two cents in, and the media did take notice.

“Mr. Speaker, I would like to continue much as we have done over this past hour, talking about this same issue, the Healthcare bill that is now before the House and Senate, even though none of us have seen the finished Healthcare product, and what has happened on the issue of transparency over these past several weeks since the House adjourned in the middle of December.”

That sounds familiar today because the people have failed to discipline their senators and representatives so that all public business is conducted in public and that all documents are immediately available to anyone concerned.

“This bill has nothing to do with Healthcare any longer…. This was, how do we get the outcome we want, which is to pass this bill? There is something wrong with the process when you say, ‘We can’t let you read it. We can’t wait. We’ve got to do it in a hurry. And oh, by the way, the benefits that are going to come to you off of this bill actually start in 2014. Your taxes will start next week….’”

Here we go again. Obviously, something is wrong with the way business is conducted on Capitol Hill. The obstruction is augmented by supermajorities.

“This debate now has become an internal debate on the Democratic Party. We will continue to be blamed on the Republican side for obstructing this bill, but please understand there is nothing that we can do. We lack the numbers to stop this bill— supermajority in the House, a 60-vote majority in the Senate. All the Republicans can stay together and the bill still passes because we just simply do not have the numbers….”

The Senate is a de facto supermajoritarian institution because the rules allow that a bill can be held up forever by a filibuster unless 60 votes put an end to the delay.

The so-called nuclear option was deployed by Republicans to change the rule with respect to the nomination of Supreme Court justices so that the hurdle could be overcome and the nomination of Neil Gorsuch by President Trump could be confirmed with a simple majority. Thus was a precedent set for deploying the nuclear option elsewhere, and the Senate’s structural reputation as a de facto nonpartisan institution suddenly went down the drain.

Arguably the supermajority rule should somehow be made permanent in such a way that it would apply to crucial public issues, such as health care bills; that is, the Republicans would not get their health care bill passed, characterized as “mean” by the President, who would not veto them no matter how mean, without a supermajority.

“The arguments that are going on right now are arguments entirely within the Democratic conference,” said Dr. Burgess. “And it is a conference committee, if you will, of the Democratic conference where they’re trying to work out the difference the Democrats have with Democrats over the bill, and ignore the Republicans—blame them, to be sure, because they’re useful to blame as being obstructionists, but realistically no Republican is obstructing or slowing down this bill. We can’t. We would like to, but we can’t.”

Dr. Burgess feared that he would not outlive the Affordable Health Care Act: “This is sweeping legislation that has a long half-life and is going to affect the way of life in this country from this day forward, really long past my time on this Earth, and I suspect a long time past the life expectancy of almost everyone who is serving in this body. So it is so important that we get this right. It is our obligation. It is the oath that we swore on this floor the early part of January of 2009 after those very famous elections, those historic elections that created the new Presidency, created a supermajority for Democrats in the House, created almost a filibuster-proof majority in the other body.”

Dr. Burgess noted that Barrack Obama’s approach to Healthcare sounded pretty good early on: “He said there was going to be a mandate to cover children. He said there was not going to be an employer mandate nor would there be an individual mandate, but that anyone who didn’t have insurance would be able to have insurance just as good as a Member of Congress under a program like the Federal Employee Health Benefits Program….”

But contingencies always arise that impact good intentions. The Great Recession presented huge budget problems, and then we had a flu epidemic, et cetera. A special Senate election may change the balance of votes. Coverage and cost had not been discussed during the campaign and after the inauguration, but now a cost of around a trillion dollars, was to be funded by increasing taxes on energy, and motorists back home already suffering from severe recession were outraged by expected increases in fuel costs.  There are backroom conspiracies, and the content of the bill is a mystery. After the bill is signed it will be up to an agency to make a myriad rules, and one administrator is in charge of that, yet that person has not been nominated and confirmed.

Dr. Burgess wrote a letter to President Obama on September 30, 2009, wherein he respectfully asked him for full disclosure of information on negotiations and agreements related to the national health care bill. The details would include among other things the names of the special interests.  A Resolution of Inquiry was filed on December 17, and here in January, he is vainly telling the House what an important tool it is. Another important tool he and his colleagues extolled is C-SPAN. Yes, it may be boring because editors do not spin the proceedings into a story, but a free and democratic people must have public affairs aired, C-SPAN must be an option.

“The American people understand that C–SPAN is the sunshine. C–SPAN represents good government. C–SPAN was the foil that the American people had against the excesses of a Presidential administration that overstepped its bounds and brought us the spectacle of Watergate and the crumbling of a Presidency. C–SPAN is the preventive medicine that keeps that from happening again in the future.”

Phil Gingrey of Georgia, speaking right before Burgess on January 12, thought he knew what the American people think about the whole affair:

Florence Nightingale, who was called “the prick in the side” of the power elite, would know what to do with the unhealthy Congress: she would open the windows to let in the light and fresh air, and she would scrub the place clean even though she did not believe in germs.

Michael Burgess is an obstetrician, born 1950. We hope he is not a hypocrite even though hypocrisy is the underlying crisis of humankind. Given reelection, good habits, genetics, health care, and intentions he may very well live long enough to assist the United States Congress in giving birth to the Sunshine or Open Window Law that will afford all inquirers insight into the workings of Congress. Until such a law is made, it shall remain the mortal enemy of the democratic republic.