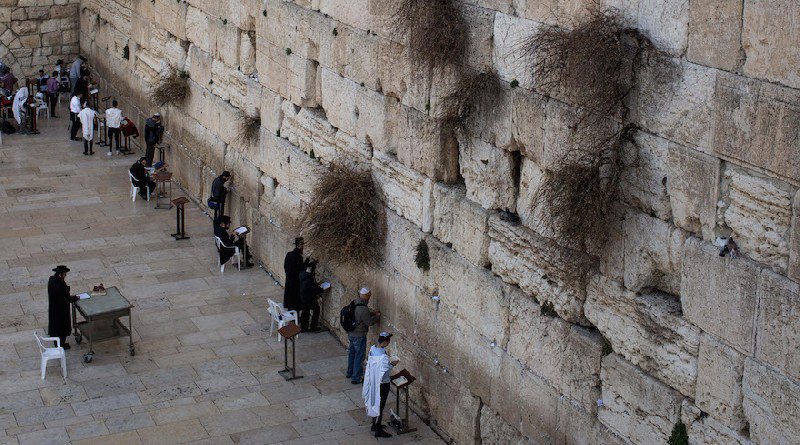 AJC is deeply disappointed by today’s decision of the Israeli government to withdraw from the plan to establish an egalitarian prayer space at the Western Wall (Kotel).

AJC had hailed the compromise on the Western Wall to allow egalitarian prayer at the sacred site in Jerusalem when it was first approved by the Israeli Cabinet in January 2016.

“The Kotel belongs to all Jews worldwide, not to a self-appointed segment,” said AJC CEO David Harris. “This decision is a setback for Jewish unity and the essential ties that bind Israel and American Jews, the two largest centers of Jewish life in the world.”

In a September 2015 letter to AJC, Israeli Prime Minister Netanyahu stated his commitment “to strengthening the unity of the Jewish people,” and pledged “to unequivocally reject any attempt to divide us or to delegitimize any Jewish community – Reform, Conservative or Orthodox.”

The Conservative and Reform movements, joined by AJC and other Jewish groups, have long pressed for equal rights at the Kotel for non-Orthodox worship and religious ceremonies. The landmark compromise, adopted by the Israeli Cabinet on January 31, 2016, recognized that the religious status quo at the Western Wall would continue under Orthodox authority. For egalitarian and mixed-gender Conservative and Reform prayers, however, a new space would be created at the southern wall, commonly known as Robinson’s Arch. But while all streams of Judaism agreed at the time, the ultra-Orthodox representatives reneged and have steadfastly blocked its implementation.

AJC has been focusing on issues of Jewish religious pluralism in Israel for decades. At AJC’s initiative, the effort on the Western Wall was elevated in 2014 with the establishment of the multi-organizational Jewish Religious Equality Coalition (J-REC) to continue to press for recognized alternatives to the Chief Rabbinate on procedures relating to marriage and conversion to Judaism.