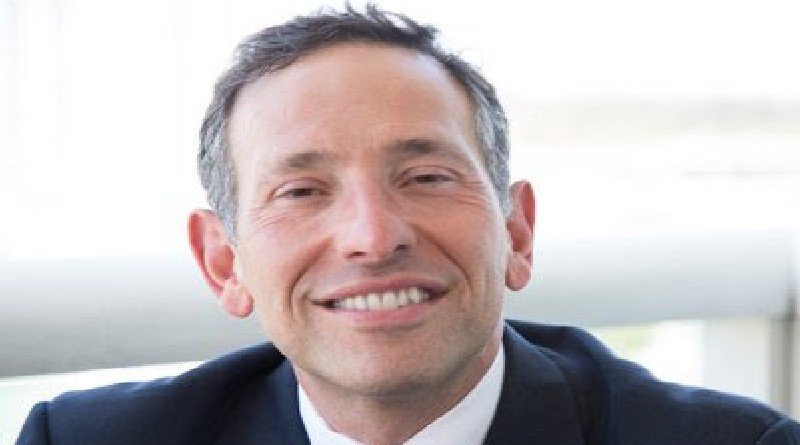 I am taking the cue from Mark Samuelian, who presently covets a seat on the Commission of the City of Miami Beach, to urge the electorate to take the initiative to revise the City Charter to provide that the people may directly govern their city at will, that is, ordinarily and by electronic initiative and referendum rather than infrequently.

I hope Mr. Samuelian will support my Citizens Right to Rule Miami Beach Initiative if he mounts the dais after the election. I have no objections to him winning the seat, but I do recommend that he give the electorate a more vigorous handshake by advancing this populist cause.

The last time I saw him was at a meeting with former mayor Matti Bower at the Burger King. Ms. Bower was the anointed queen of the old regime ousted by the current mayor, Phil Levine, a wealthy media mogul and developer who reputedly “purchased” his seat along with the seats of enough commissioners to gain a majority, allowing him to rule for awhile as a strong mayor although the city charter provides for a weak mayor, strong city manager government.

Mr. Levine’s commission majority proposed to cleanse the city of traditional corruption and save it from the Great Flood, to be blamed on natural causes i.e. Global Warming. Since then the city has been deluged with traffic and real estate development as its once-popular Washington Avenue and Ocean Drive has been blighted in anticipation of even more real estate development.

Mr. Samuelian’s campaign for the commission seat, which pays less than $10,000 a year for countless hours of work, is going very well according to his Facebook posts announcing that he is “thrilled” to have raised a lot of money, including from “smart developers,” the intelligence of whom he ventured to define only negatively: those developers whose projects would further overburden the city with traffic.

Mr. Samuelian used his participation in a nonprofit organization called Miami Beach United as a platform to launch his political career, publicly extolling a transparency initiative dubbed ‘Residents Right to Know Initiative,’ approved unanimously by the commission on Wednesday, which requires the administration to do what it should have been doing for many years without the asking: efficiently informing stakeholders about government actions that would impact them.

Miami Beach United professes to provide residents with a coherent voice. That sounds good. I have never been invited to a meeting, and first heard about the entity when political dirt was being dished out. And now this salubrious hoopla about its Right to Know Initiative as successfully advanced by Mr. Samuelian.

I prefer to speak for myself, as do many residents and other stakeholders in the future of the city. I am already supposed to have a right to know what elected officials want to do for the people they serve to raise money.Mayor Levine shelled out over a million dollars out of his own pocket and enlisted the support of his friends the Clintons just to save Miami Beach. He must be a fine man, much greater than the average man in monetary terms because he has gone from rags to riches, but I prefer not to be a welcome mat for his or Big Money’s changes. Fortunately, when people scream and holler about what he would do, he has been enough of a Democrat to recommend a referendum.

I want a right to directly govern. I am not alone. Most people would rather be ruled, but there are perhaps five thousand of us who would prefer to directly govern our city instead of being ruled by Their city government.

City Attorney Raul Aguila said that residents’ right to know what their leaders are doing to impact them would be “groundbreaking.” He is right about that because unaccountable officials would rather have people kept in the dark, which would be fine if we were all fat, dumb and happy, but we are not. The new regime promised us “transparency,” and what we got is just the word itself and a rollback in immediate access to a great deal of information about the traditional corruption honey pots.

The Residents Right to Rule is revolutionary. Yes, constitutional plebiscites and statutory referendums have been around for centuries, including in this country since colonial times, but gaining a direct democracy is an uphill battle yet to be won.

In fact, we are quite familiar with statutory referendums in Miami Beach, where now we should make regular use of them. Miami Beach is a small city of a few square miles with a population of fewer than 100,000 people, just the right size for this mode of governing. We can do this electronically, using retina scans and fingerprinting to secure the voter registry.

Yes, there are traditional objections to popular government, particularly coming from the vested interests and their ruling elite who equate direct democracy with mobocracy, and who find it more than convenient to corrupt the republican government, making of it a democracy for the few rather than the many.

It is said that money is the root of all evil. The evil, however, is not in the money but in its use by those who have a lot of it, here, in politics, to charm the people to vote for hypocrites bound to double cross them with their conflict of interests. Direct Democracy would go long ways to remedy that evil provided that its constitution was properly drawn.

South Dakota, for example, has had a strong Direct Democracy Initiative and Referendum clause in its constitution since 1898. Big Money managed to put a fly in that ointment with a clause that would save the vested interests in case of emergency. That emergency clause was invoked after a referendum was passed to save the people from the corruption of their elected leaders.

According to a CNN reported dated 2 February 2017, “South Dakota Republicans on Thursday repealed a historic anti-corruption law approved by voters in a statewide referendum on Election Day. The measure, which passed with more than 51% backing in November, would have created an independent ethics commission, limited lobbyist gifts to lawmakers, banned officials from joining lobbying firms for two years after leaving office and created so-called “Democracy vouchers” for registered voters to steer toward their preferred candidates. But state GOP lawmakers said they didn’t think voters knew what they were doing.”

Oh, the forces of corruption knew very well what they were doing. We must have City Attorney Raul Aguila draft a clause in our truly groundbreaking charter that would prohibit Big Money from saving itself from democracy in an emergency.

South Dakota gets some of the lowest marks for government integrity. We have already managed in Miami Beach and its county without a referendum to achieve a few ethical objectives of the South Dakotans. Much more should be done, as is evident from the continuing scandals in what appears to be a political whoredom.

Direct Democracy might save us the trouble by eliminating the whorehouses. At least we would not have so many political prostitutes calling each other whores in a Direct Democracy.