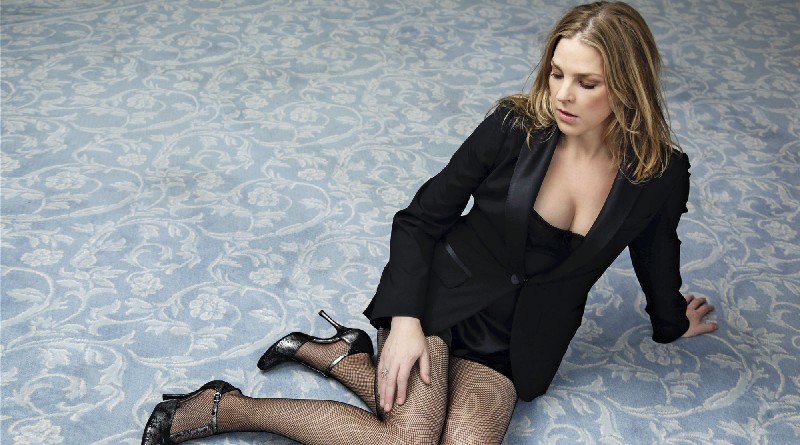 Verve Records/UMe are celebrating the legacy of the incomparable multi platinum GRAMMY® Award-winning singer and pianist Diana Krall by releasing The Very Best of Diana Krall on vinyl for the first time in the U.S., as the greatest hits collection nears its 10th anniversary. The album is available today, July 28 as a two-LP set on audiophile-favorite 180-gram vinyl and follows last year’s release of eight essential Diana Krall albums on vinyl as part of Verve’s 60th-anniversary celebration. Covering the years 1996-2006, this 15-track collection compiled by Krall in collaboration with her longtime producer, the late Tommy LiPuma, features highlights from her first decade as a recording artist, during which time the Grammy winning singer/pianist’s expressive vocals and delicate, soulful piano work gained her international stardom. The album is available for purchase here: https://UMe.lnk.to/TVBODianaKrall2LPPR

“Easily the most high-profile female jazz artist of her generation,” says The New York Times, Krall has sold more than 15 million albums worldwide, making the Berklee College of Music graduate one of the best-selling jazz artists of all time. The Very Best on vinyl arrives as Krall celebrates the May release of her acclaimed new album, Turn Up the Quiet, and current tour that will last 2+ years, and take her around the world.

The selections on The Very Best range from intimate trio work to pieces recorded live with a full symphony orchestra. Krall delivers some deeply personal moments and reimagines timeless vintage standards by some of her favorite composers as George and Ira Gershwin, Cole Porter, Irving Berlin, Rodgers and Hart, Van Heusen and Cahn, and Bacharach and David.

Overflowing with career highlights, the album includes several tracks from Krall’s towering 1999 international breakthrough, When I Look in Your Eyes: her mesmerizing interpretations of Cole Porter’s“I’ve Got You Under My Skin,” “Let’s Fall in Love,” and “Pick Yourself Up.” That album, her Verve Records debut, was nominated for Album of the Year at the 42nd annual GRAMMY® Awards, the first time in 25 years a jazz singer was nominated in that major category. It won for Best Jazz Vocal and Best Engineered Album (Non-Classical).

Throughout the album, Krall’s artistry is highlighted on the Gershwin standard “‘S Wonderful” and the Bacharach and David-penned title track from her 2001 GRAMMY® Award-winning album, The Look of Love.  This album put her atop her native Canada’s all-genre albums chart for the first time and gave her the Artist and Album of the Year trophies at the Juno Awards in her home country.

The collection is also notable for Krall’s imaginative take on Tom Waits’ “The Heart of Saturday Night” and the dark and seductive “You Go to My Head” taken from The Look of Love sessions, both previously unreleased. It also features beautiful live renditions of “East of the Sun (West of the Moon)” and “Fly Me To The Moon,” recorded with a symphony orchestra at Krall’s sold-out concerts at Paris’ Olympia Theatre for her remarkable live album, Live In Paris.

Included on Billboard’s Top Jazz Albums of the Decade list, The Very Best of Diana Krall is both the perfect sampler for the new listener and a reminder for her most passionate fans all the reasons Diana Krall is regarded as one of the greatest Jazz artists of her time.

Side D
1. Let’s Face the Music and Dance
2. The Heart of Saturday Night
3. Little Girl Blue
4. Fly Me to the Moon