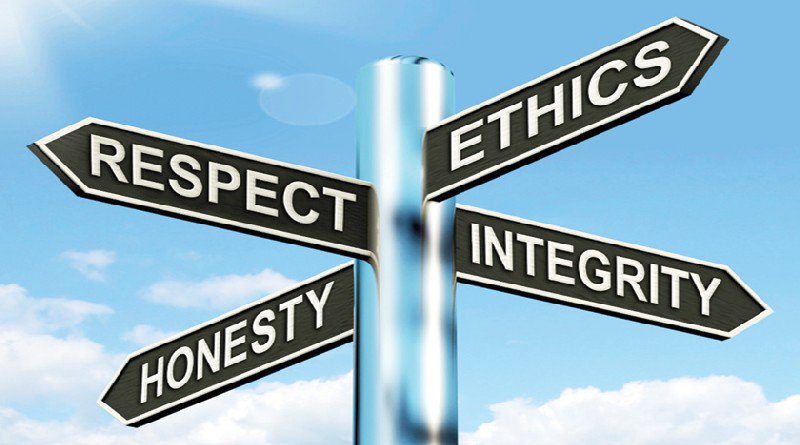 by: David Arthur Walters: Political campaigns bring out the worst in people, and all we can do is hope the worst is not their true nature. Why, the slander and libel are so rife that the courts, perhaps in accord with the doctrine of original sin, have virtually waived defamation law.

Of course, if a political campaign has plenty of money to waste, as did the campaign of Philip Levine, the wealthy media mogul and real estate developer now sitting as mayor in expectation of running for governor of Florida at the end of his term, the candidate’s campaign may use the courts as a tool to bring a libel suit to shut people up, because even telling the truth will not protect the defendant from up to some quarter-million dollars to defend a political libel suit. Levine’s campaign consultant even threatened to file a suit against a journalist for what she had not even said yet!

Mayor Levine spent over a million dollars of his personal fortune to seat himself and his bevy of commissioners, which rendered him a de facto, dictatorial strong mayor in a city with a weak-mayor, strong-city-manager charter.

One commissioner in the bevy was Michael Grieco, who served as the mayor’s right-hand man until he “evolved” to bite the hand that once fed him, objecting to the egotistical mayor’s dictatorial style as chairman of the

commission, and taking him to task for some of his purportedly corrupt objectives.

As it is said in India, the disciple eats his guru and sits on his mat. Mr. Grieco, a former state prosecutor, filed to run for the mayor’s seat. His main opponent was Dan Gelber, a former prosecutor, now known as “Pious Dan, the Tenth Commandment Candidate,” because he used his political campaign email to blast a sermon on that last part of the Decalogue, which enjoins people from coveting things, a motive to which he identified as the very root of corrupt.

The oblique reference was to Mr. Grieco, who had just dared to refer to Mr. Gelber as “Dishonest Dan” for using a tactic called a “push poll” to imply that he, Mr. Grieco, is corrupt.

Mr. Grieco is very well liked, especially among the young people of Miami Beach, because he makes himself available to everyone and tries his best to address their main concerns. As a result, he is spread very thin, and he is

one of those people who might when talking with you, turn around abruptly without a word and speed away to do something else. Moreover, he is somewhat thin-skinned, and he has a hyperactive temperament and may blow a gasket and use a few choice words when pressure mounts. He lives in my neighborhood so I often encountered him, and I have watched him get things done. His devotion to his family and community is most impressive. Yes, I have thought of punching him in the nose a couple of times, but he is in great condition, so I have sort of adopted him.

Mr. Gelber, on the other hand, was relatively unknown to locals until he attacked their champion, Mr. Grieco. The old-timers do remember his father, who was mayor decades ago, and under whose administration rents are said to have risen to keep up with his pro-development bias.

Politically oriented people know the son had run for state attorney general, where he harped on his experience prosecuting public corruption, and he cursed the influence of political action committees while enjoying the benefit of PACs himself, including even a Republican PAC, or so it was said of this Democrat who coveted the job.

He quickly made a name for himself in the mayor race with free publicity in the Miami Herald. He accused Mr. Grieco of having a relationship with a PAC to which some contributors were city vendors. That potential conflict of interest, of a sitting commissioner, is prohibited by a recent amendment to the city campaign finance ordinance, which provides for a $500 fine and vendor disqualification. If bribery were involved, criminal penalties are provided for by state law.

At first, he denied involvement with the PAC. The Gelber campaign funded a handwriting analysis to discover Mr. Grieco’s hand on PAC documents. Well, said he, putting on his lawyer hat, I was just the lawyer for the PAC, and attorney-client privilege barred me from revealing that relationship with the PAC. Baloney scoffed the lawyers.

Exactly what his relationship to the PAC was is yet unknown. The matter was referred to Katherine Rundle’s office, the local state attorney for whom Mr. Grieco once worked. Ms. Rundle has done a good job with cases prosecuted, yet she like other prosecutors enjoys a “prosecutorial discretion” that gives people cause to suspect her of selective enforcement due to political bias.

Quite frankly, Mr. Grieco’s supporters, many of whom do not read the Miami Herald, a paper well known for its political spinning in favor of whosoever the editors think will win and to whom the paper needs access for “authoritative” or “real” news, could care less about the PAC. Those entities now attract unlimited contributions because the Supreme Court ruled the caps on spending unconstitutional infringements of speech.

PAC advertising money does not buy the office; it buys name recognition and advertises political platforms, including the usual anti-corruption plank, that is invariably broken after the elections.

A candidate whose campaign cannot raise, say, a quarter-million dollars directly in limited contributions, will not raise much PAC money. The current numbers indicate that an indirectly related PAC receives, on the average, about the same amount of money as the direct campaign. Today, for example, a U.S. Senate seat costs around $20 million, half of that PAC money. Furthermore, factors other than PAC advertising help determine elections; big money does not always win.

Mayor Levine, running for his second term, was apparently tired of spending his own money for his seat, hence was calling vendors and developers to contribute funds to a PAC headed by a commissioner sitting with him on the dais. That is what resulted in the new ordinance prohibiting such behavior, although most real estate developers were not included in the prohibition because they are the biggest source of campaign funds so their free speech is sacrosanct.

When I mentioned to an editor that these PACs are just paper tigers, he said that is true, but they “change public perception,” and that sells papers.

This paper tiger clawed Mr. Grieco badly. He dropped his campaign for mayor and is running instead as an incumbent for his commission seat.

I do not believe that the PAC scandal alone caused him to switch horses in midstream. Neither he nor Mr. Gelber has responded to my questions as to whether a truce was called and a PACT made that would allow Mr. Gelber to take the mayor’s seat virtually unopposed, and Mr. Grieco to retain his seat because he is more popular than Mark Samuelian, who said he is “thrilled” to have raised several hundred thousand dollars for it, apparently because he thinks dollars are votes.

By the way, commissioners are paid $6,000 per annum, and mayors are paid $10,000. Mayors under the weak mayor system have no veto power. They serve as the chairperson of the commission, communicate with the administration, and speak publicly for the city. The low pay fosters corruption and elitism, an issue to be taken up elsewhere.

Mr. Samuelian, who had spoken well of Mr. Grieco, was obviously shocked to suddenly have him as an opponent. He immediately raised a big, green, four-way street sign on Facebook:

“ETHICS – RESPECT – INTEGRITY – HONESTY: Just when we thought Michael Grieco couldn’t be any more shameless, we just learned that he has folded up his mayoral campaign and joining the race for Miami Beach Commission, Group 2.You have to wonder, if even Grieco knows he has so disgraced himself that he is unelectable

for mayor, why would he believe he deserves to be reelected to the city commission? A commission seat is not a consolation prize, nor a place for Grieco to rehabilitate his tattered reputation. Miami Beach deserves much better.”

An infamous political harpy followed suit with multiple excremental postings in the comment boxes, but she did not manage to cover with guano numerous complaints of Mr. Samuelian’s “Friends” that he had triumphantly stooped to publicly dishonor a man who had done much for the city.

At least Mr. Samuelian could have waited a day for the burial; rabbis have said that it is alright to hate an enemy but his defeat should not be celebrated at the moment of triumph.

But this was really no triumph. It was agreed that Mr. Samuelian was simply crapping his pants, having learned he would have a formidable opponent, and perhaps knowing that incumbents need far less money than the amount he is “thrilled” to have already in his coffers, and knowing well that Mr. Grieco has several hundred grand that his contributors will probably consent to be used for his run for commissioner instead of mayor.

The aides of commissioners work for the mayor, and this mayor, a close friend of the Clintons, an amateur politician with an eye on the upcoming gubernatorial race, is extraordinarily vindictive. We do not know exactly what was said, but hearsay has it that Mr. Grieco wanted her to work on his campaign. If he did try to coerce her into doing so, that would be a misdemeanor. So that matter was also referred to the state attorney.

Suffice it to say that Mr. Samuelian has tried and convicted his opponent of the worst, and, of course, not because he covets power, but only because he would protect the public from his very opposite, and he should be elected because he so squeaky clean that he has a right to cast the first stone at this virtual devil.

Up to this juncture, Mr. Samuelian was indeed generally perceived as a good man. The only reservation I personally had was over his limp-towel handshake. I have advised him to reach out and get a firm positive grip on the community, to limit the negatives to factual reports, and to refrain from being a political scumbag. I was about to speak with him on that subject at the Tuesday Breakfast Meeting, but he was huddling intently with former mayor Matti Bower and former commission Michael Gongora, probably conferring on integrity maintenance.

But nobody coveting power listens to me in this town anyway because they know the Miami Herald will not publish my commentary—an executive editor said that is because I do not suit the publication’s “market needs.”

Now I am hearing from all sides, including people who love Mr. Samuelian’s integrity and an editor who likes Mr. Grieco, that all has not been told about the candidates. In August, which happens to be this month, the worst sort of corruption will be revealed, or so it is said.

The vague insinuations give one cause to imagine all the candidates being criminally indicted, handcuffed, and led off to jail.

“Well, exactly what crimes have been committed?” I asked. “I will be glad to report the facts, although it is up to prosecutors to present them to judges and juries.”

“Oh, all that is for law enforcement to hear, not you,” is the response.

So much for the petty politics of a city that awaits the advent of the Good Man, aka the Messiah, or at least a gentleman politician.