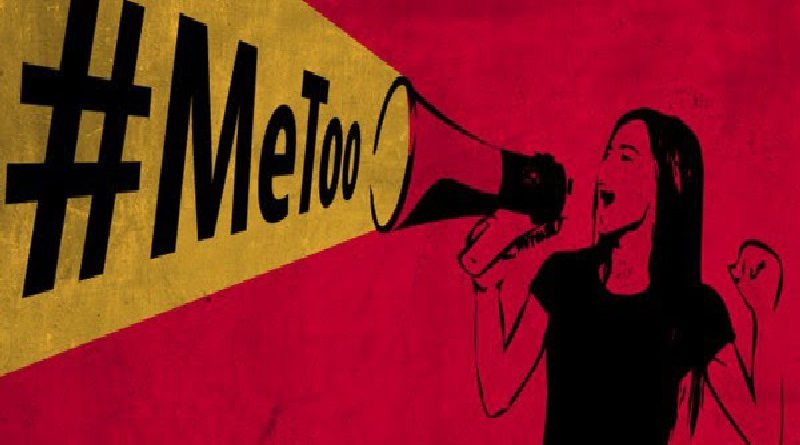 by: Kristen Rosen Gonzalez, It doesn’t bother me that my sexual harasser has accused me of making up the story. They all do that. It doesn’t bother me that he’s tied up our legal system with a bogus defamation suit that seems politically motivated to hurt my campaign.
What bothers me is that this could stop other women from speaking out not just against him – after all, two other women came forward publicly with their own stories about this man’s creepy and inappropriate behavior – but also against other predators like him who demean women and relish in making them feel uneasy and less than.
I will not be victimized. I would not let Rafael Velasquez victimize me when he exposed himself to me in my car in October. Nor did I let him victimize me when he had the state attorney’s office look into whether or not I fabricated the story. I didn’t, of course. And now I won’t let Velasquez victimize me in court with his bogus and frivolous lawsuit.
The crux of his ludicrous defamation case is that I made the incident up during the heat of the #metoo phenomenon for the publicity to benefit my congressional campaign. As if.
As if this is what I want coming up when someone googles my name! As if I would want to spend any time at debates or with the press on this incident instead of talking about the issues. As if all the publicity in the world would be worth this kind of embarrassment.
Because, while I know I did nothing wrong, it is still embarrassing to talk about. One of the reasons more women do not step forward against their sexual harassers is because they are embarrassed. Over and over and over again. People whisper about it behind their backs. People might say “she asked for it” — we’ve heard that before, too — or “she’s making it up.”
I’ve said this to myself before: Sometimes, I wish I had thought enough to take a picture.
Rafael Velasquez took advantage of my friendship.and exposed his penis to me in my car on a Sunday night as I drove him to his car after a dinner business meeting where we both had some wine. Perhaps he felt he had the right, that I had given him some kind of green light. He did not. I had not. It took me a while to realize that.
Because we, as women, are conditioned to even question ourselves, it took me a while to process it and realize that I had not “asked for it.” I did not mention it for a couple of days because I was, first, shell-shocked and, later, embarrassed. The first person I told was a friend of mine who, in fact, is the one who contacted a reporter she knew at Politico with the story. She felt adamant that I expose the abuser, who was running for public office at the time. Me? I was still on the fence. I didn’t want this kind of publicity. Many women today thank me for my courage coming out, but in reality, I was pushed out by a friend.
Today, regardless of the ridiculous rumors and my abuser’s pathetic attempt to victimize me again, I am glad I was pushed. Because of my outcry, two other women who Velasquez had groped and sexually harassed months earlier came forward to denounce him. I am glad that nobody is questioning their stories.
I am doubly glad that our abuser’s tactics are known and that it will be harder for him to victimize other women. Because these lies and lawsuits from sexual harassers across the country have one mission and one mission only — and that is to silence us.
I will not be silenced. And I promise you that I will not forget.